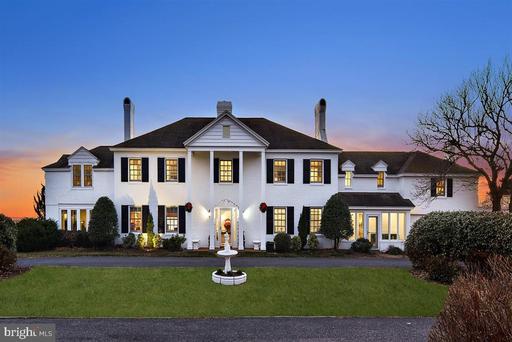 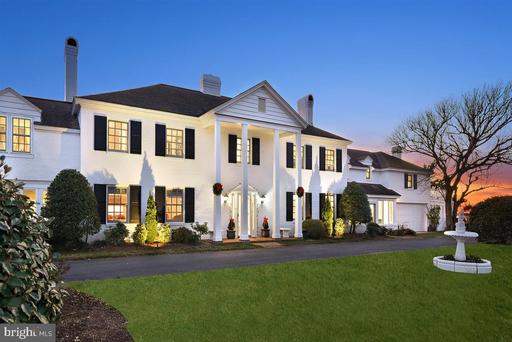 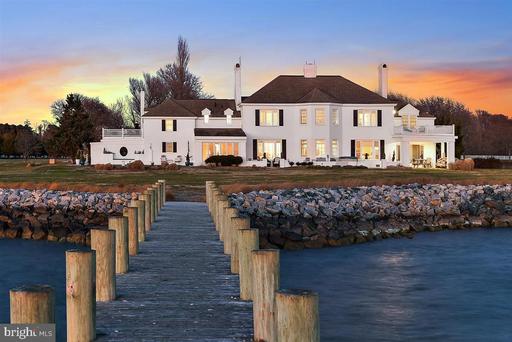 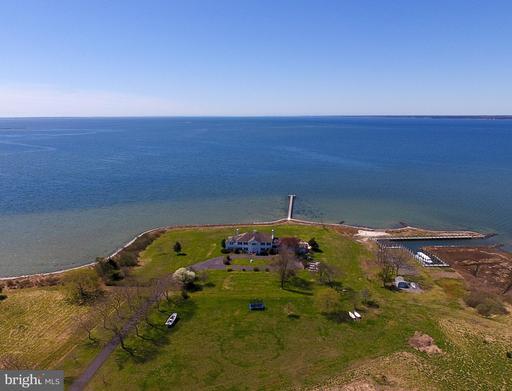 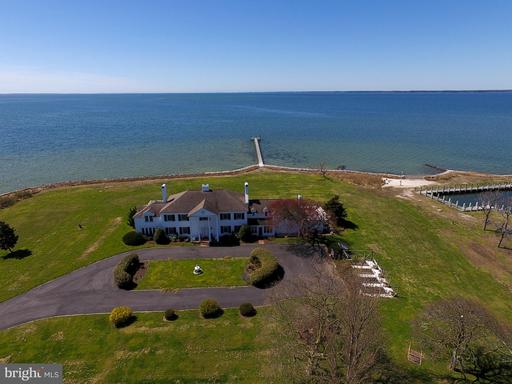 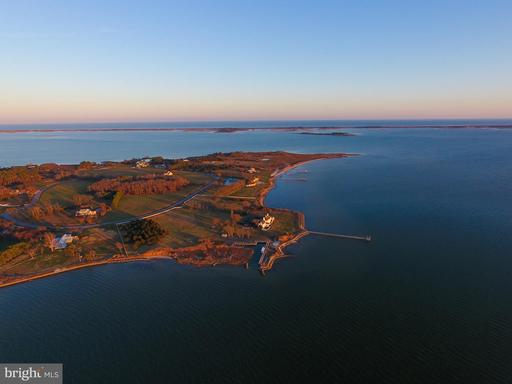 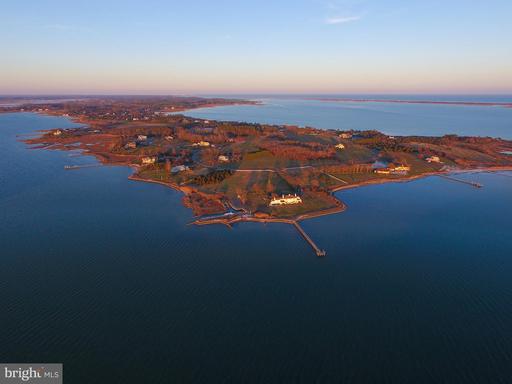 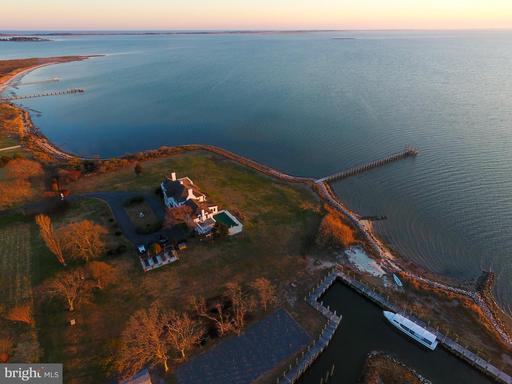 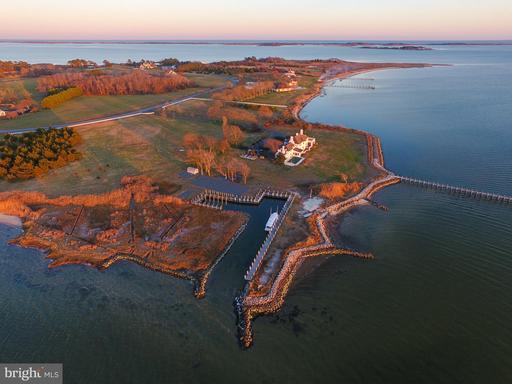 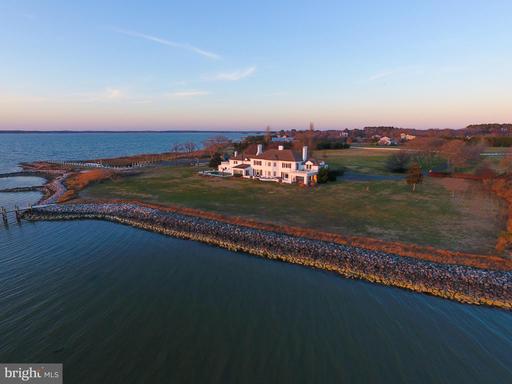 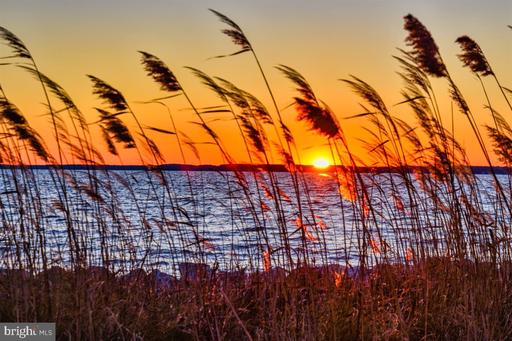 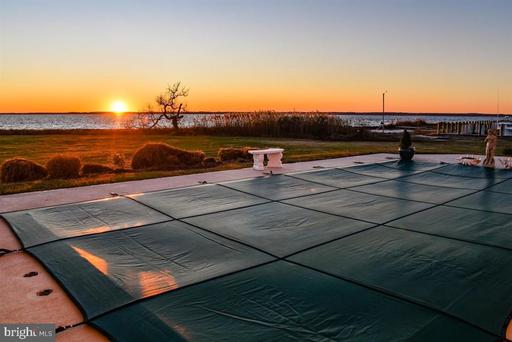 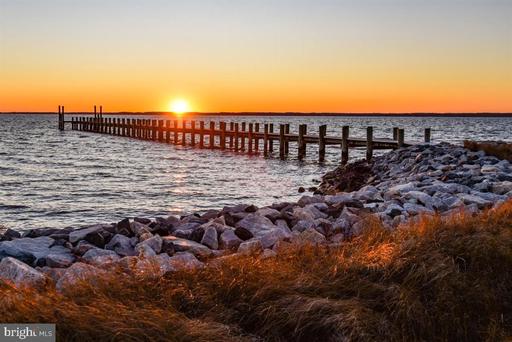 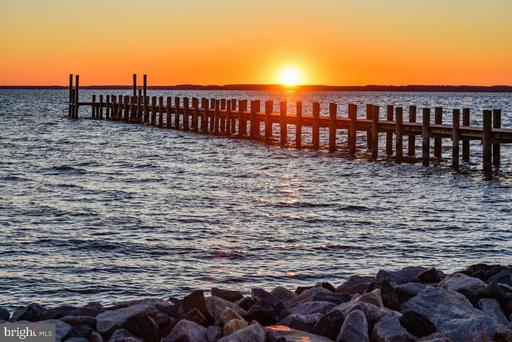 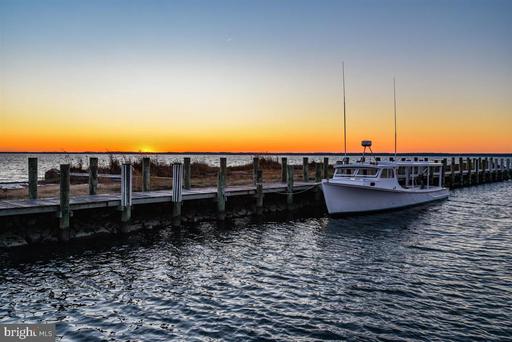 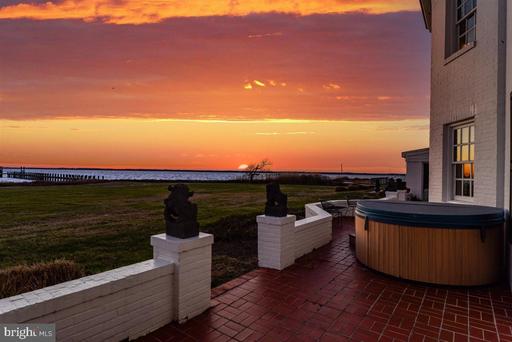 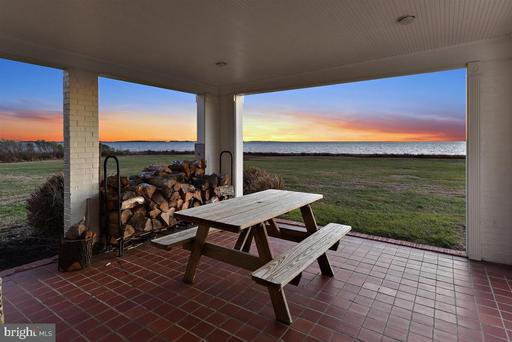 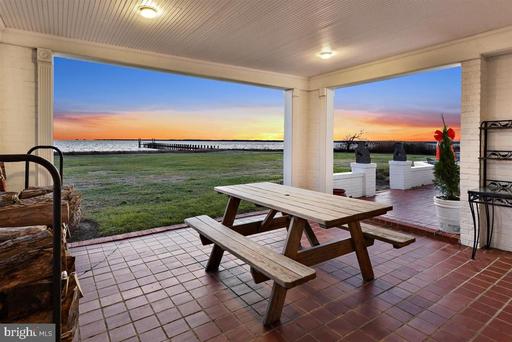 Presenting Island Point Manor, an extraordinary Waterfront Estate on Maryland's Eastern Shore. Would you like to own something breathtaking and unequaled, something no one else has? Island Point offers an unprecedented combination of features: this solid-brick fortress is surrounded by an exceptional length of high-bank waterfrontage, incredible breadth of panoramic views, and offers a large private harbor. You won't find anything else quite like it in our Coastal Area. Three Bays--Chincoteague, Sinepuxent and Newport--converge in an embrace of this geological Cape. Resting at the very southern tip of South Point in Berlin, MD, the property boasts 270 degrees of waterviews. Assateague Island National Seashore tapers off as far as the eye can see into the horizon. The far-reaching view of open water extends, on a clear day, to a glimpse of the distant sea. Prepare yourself for incredible views from dawn to dusk, as the sun tracks across the southern sky, a sight perceivable from all sides of the property. Upon this incredible Point, sits a 6058 Sq. ft home, full of historic charm. From the moment you step into the foyer and see the curved, classical staircase, the home's timeless elegance will become apparent. Fully renovated to the studs in 1999, the house is big and hospitable, winged on one side by a spacious living room and on the other by a summer dining room. Nearly every space in the home offers a view of the bay. The property features four fireplaces throughout. The 12-acre property is composed of three distinct parcels. It is surrounded by an adventurous body of water, with dozens of small islands to explore, opportunities for clamming, crabbing, kayaking, windsurfing, sailing, fishing, and excursions to Assateague and Chincoteague Seashores. The home is bordered by an astounding 1500 ft of protected shoreline, including a large marina and 200 ft white sandy beach. A 230 ft pier extends southward into the bay with multiple mooring slips. The area is teaming with life, hosting an abundance of waterfowl, herons, eagles, osprey and a flourishing ecosystem of marine life. Originally part of a 2000-acre farm, Island Point Manor has a rich and curious past. It's been told that in the 16th century an Italian navigator Giovanni da Verrazano landed on this very spot (thus the name for the Bridge leading over to Assateague Island). The home was built by a United States Congressman and been host to countless Dignitaries, Ambassadors and the Queen of Egypt . The Estate is ideally located within a four-hour drive of several major metropolitan areas including DC, Baltimore, Norfolk, Philadelphia and New York. Island Point is just a few miles away from Ocean City, MD. Included in the sale are two additional buildable waterfront lots. This is your once in a lifetime opportunity to own this remarkable waterfront estate below appraised value.

Map locations are approximate. Please contact one of our sales agents for additional location information.
Contact us for more information            Back to Previous Page

All room dimensions and other measurements are approximate. All information is deemed reliable but not guaranteed. Prospective purchasers should verify the information to their own satisfaction.